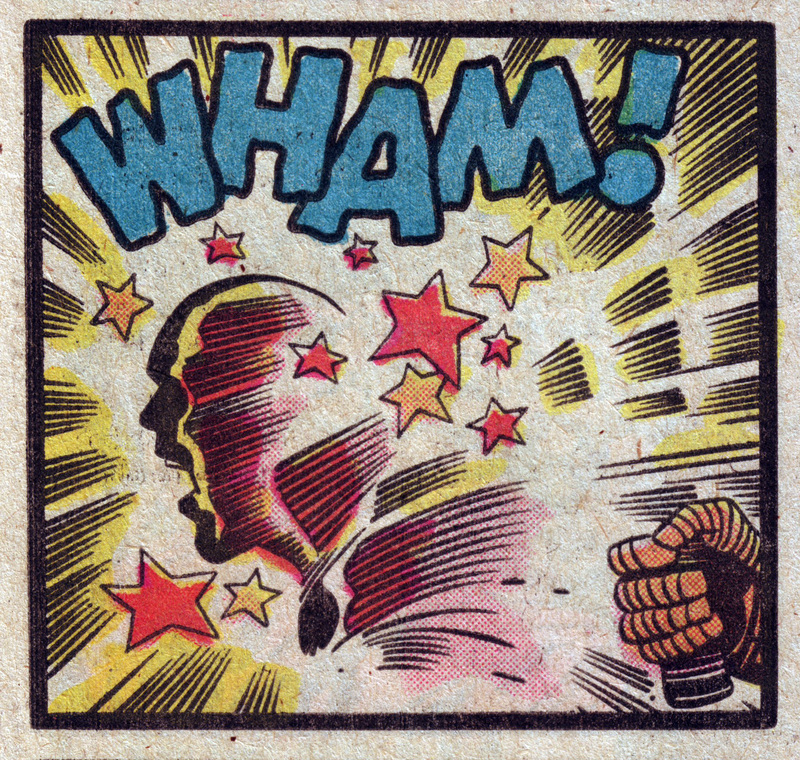 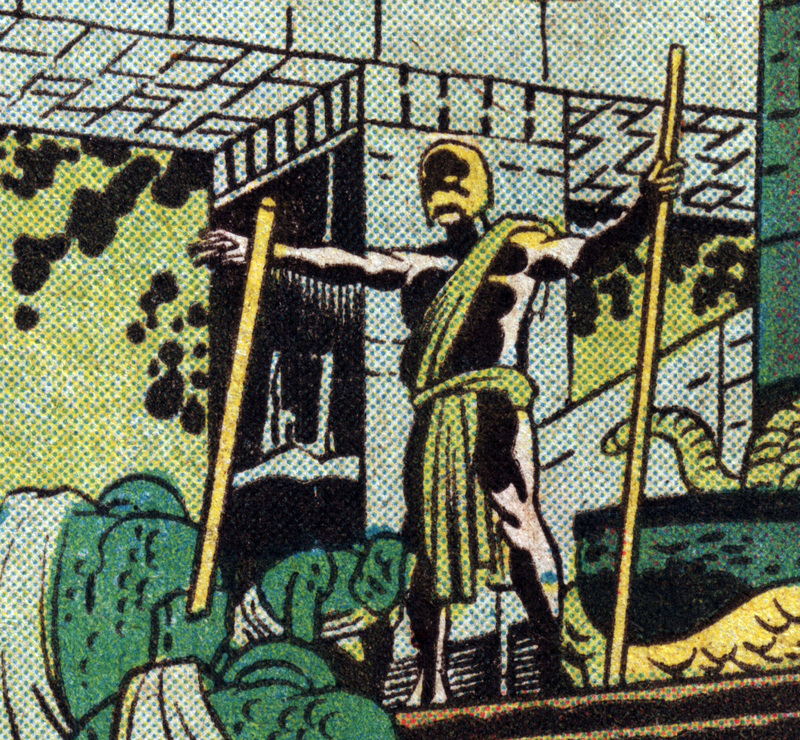 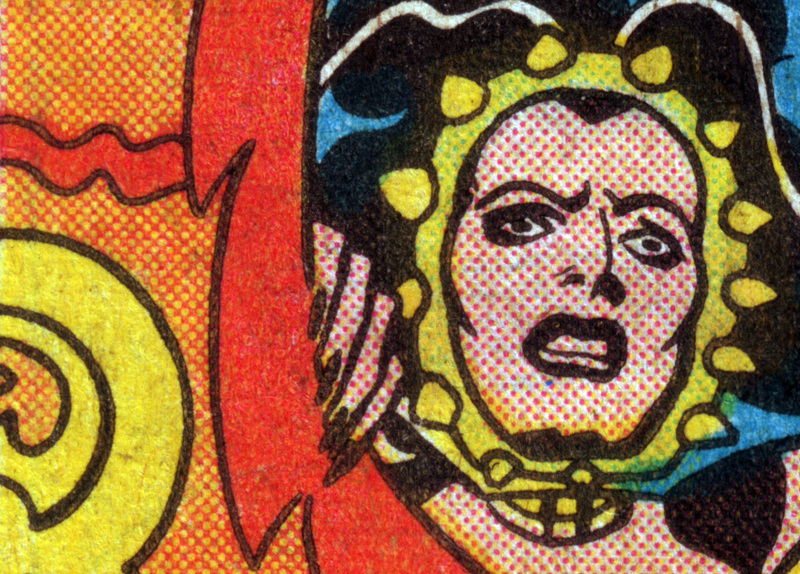 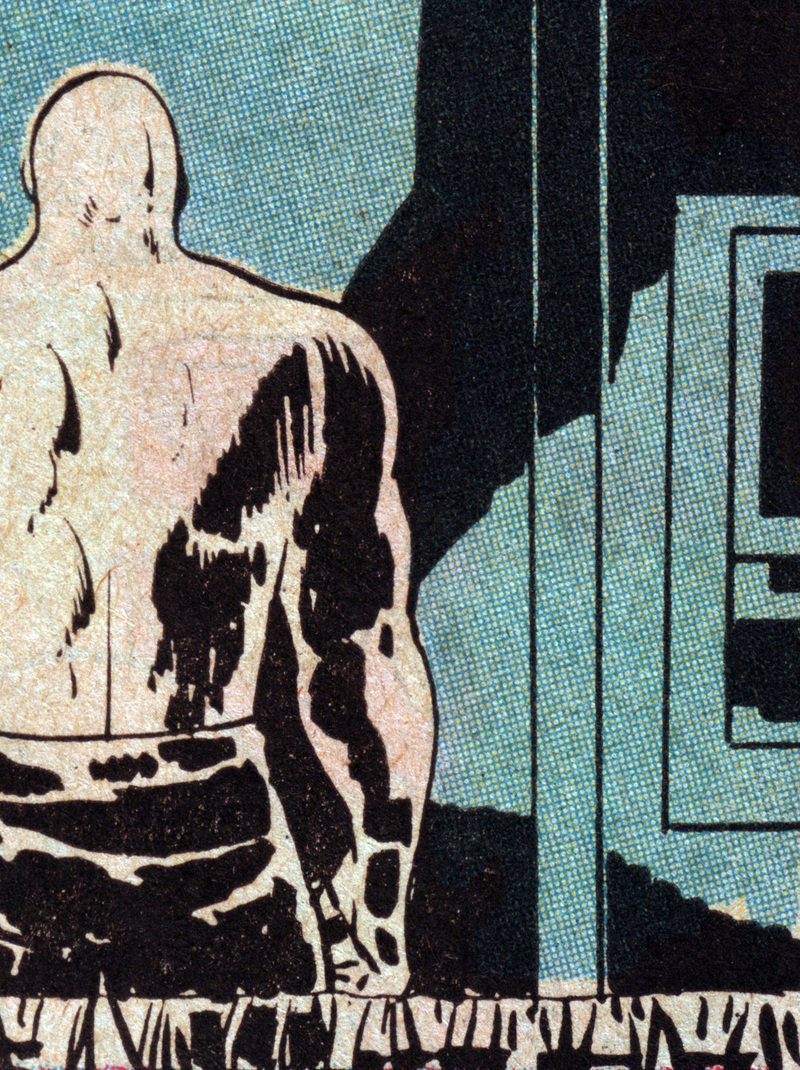 Art, Jack Kirby & Vince Colletta. Part of the series Cosmic Debris: Kirby in the Seventies. Don't miss Kirb Your Enthusiasm, 25 writers on 25 Kirby panels at HiLoBrow. Check out a bunch of Kirby diagrams, cutaways, and maps at Comic Book Cartography. Follow all my comic book posts on Facebook. 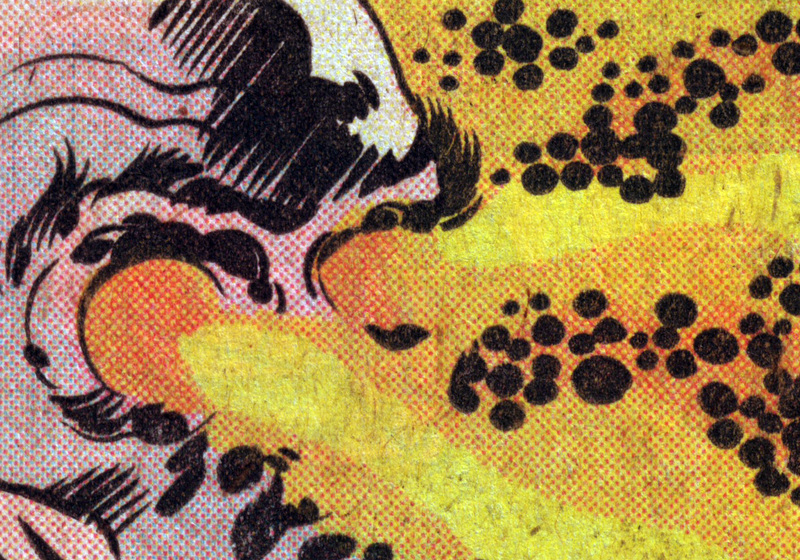 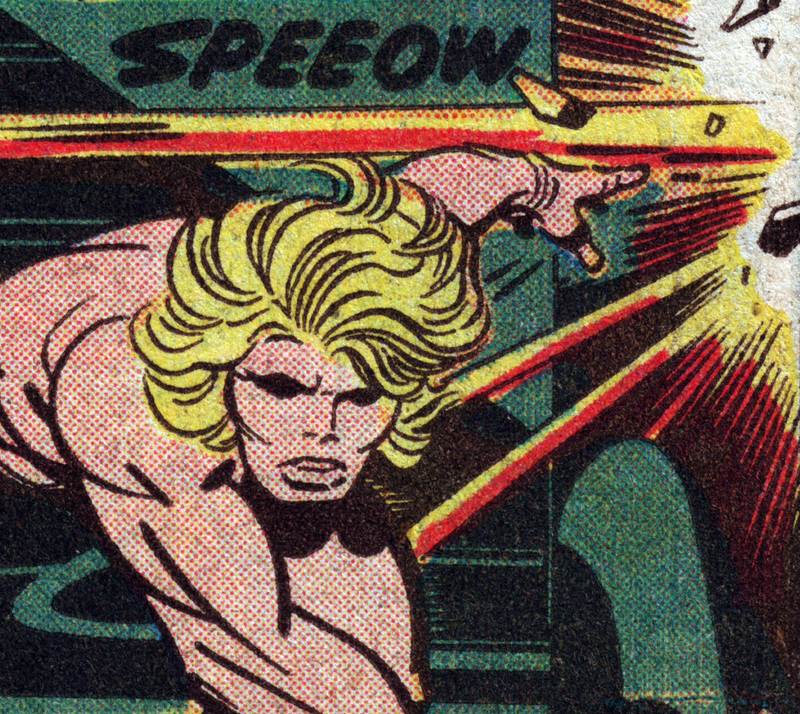 Jack Kirby & Mike Royer. Check out Mark Frauenfelder's excellent new essay on Kamandi in the Kirb Your Enthusiasm series at HiLoBrow, in which 25 writers riff on 25 Kirby panels. 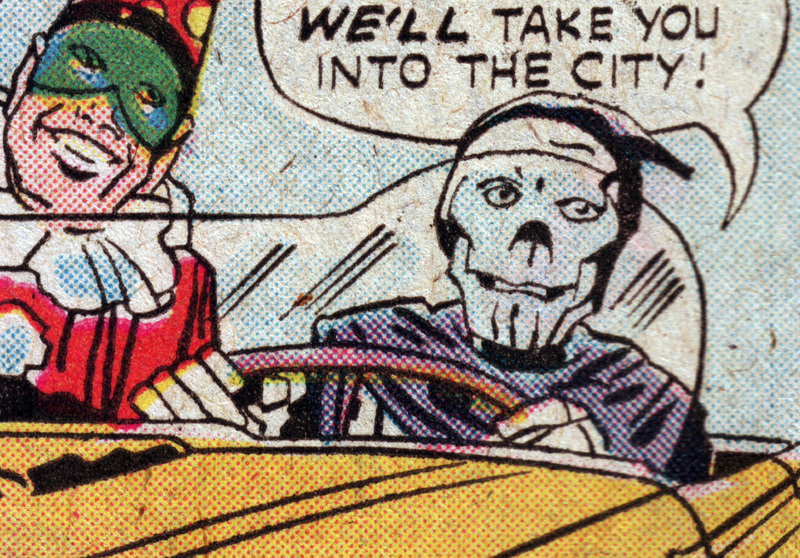 Art by Jack Kirby and Mike Royer. Part of the series Cosmic Debris: Kirby in the Seventies. 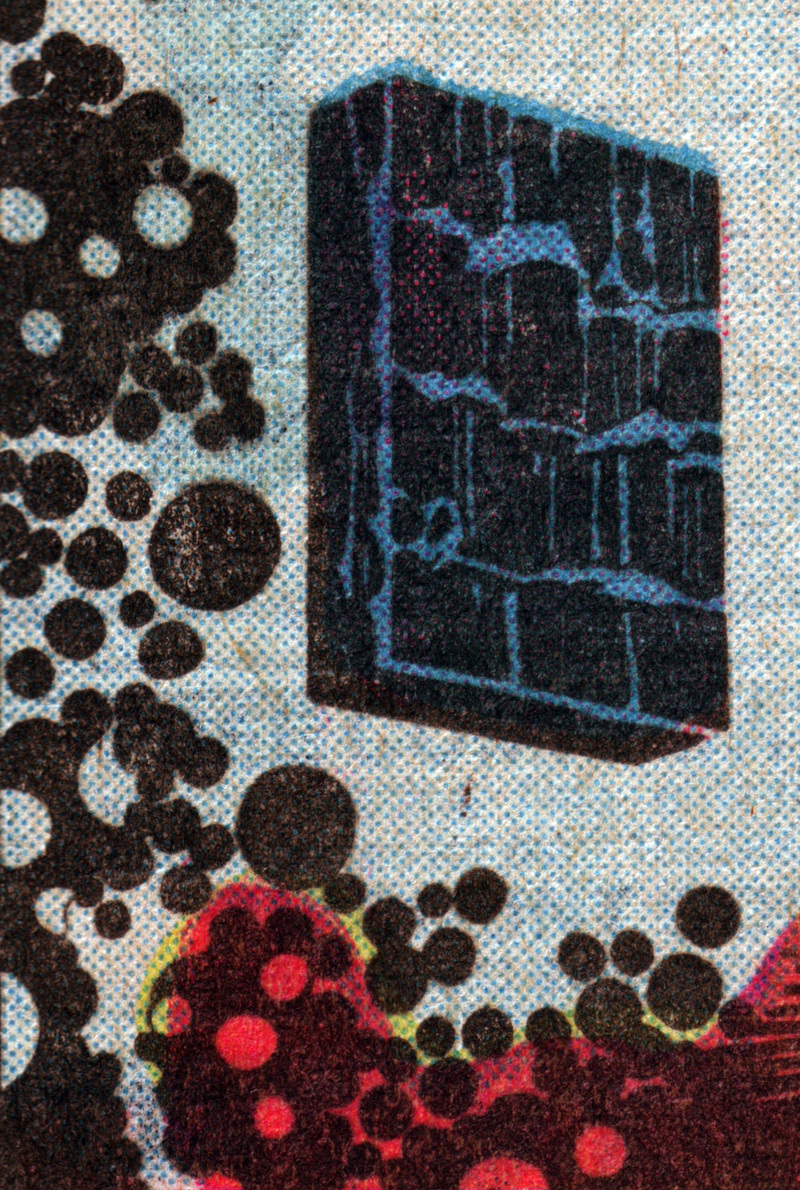 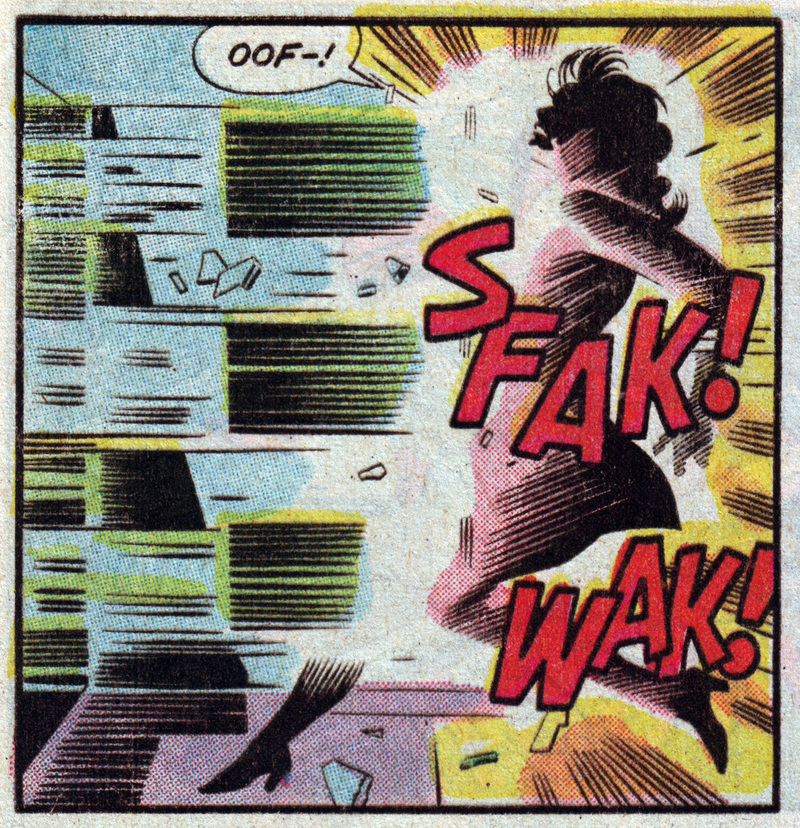 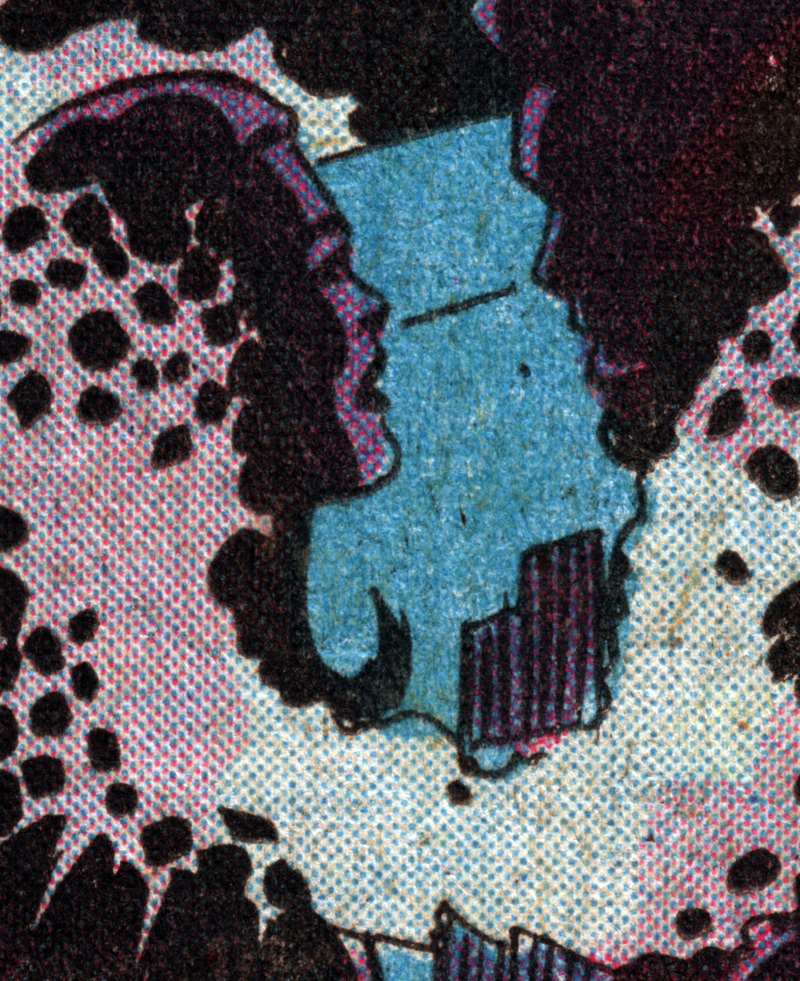 The Cosmic Debris: Kirby in the Seventies series, here at 4CP, was inspired by another online Kirby project, unfolding now at the fabulous HiLobrow site. Kirb Your Enthusiasm (2/21 - 3/9) features 25 authors writing about 25 Kirby panels from 25 different titles. The roster is impressive, and the panels themselves are mouth-watering.

My own contribution dwells on a Simon & Kirby panel from a 1952 issue of Black Magic, but it gradually works its way around to some thoughts about Kirby's Seventies work. Many thanks to Joshua Glenn of HiLobrow for inviting me to join the fun and for causing me to take a serious look at Kirby's later comics on 4CP.
(Captain America #206. Art by Jack Kirby and Frank Giacoia. Colors by P. Goldberg.)