It was a rather perverse thing to do in the first place. For 200+ posts, the 4CP gallery has been focused on comics' anonymous microscopic details, which privileged no one and everyone involved in the creation of printed 20th century comic books. And now I've gone and posted a whole bunch of larger images by one artist and his inkers from a single decade.
I've definitely "diluted my brand" - or more accurately, I've diluted my generic with a brand name. And yet... I think this exercise does further prove the point that the old color process and its cheap paper created visual art that is categorically different from the artists' original illustrations and the high-quality colored reproductions of that art in today's reprints. For Kirby in particular, the dotty surface of the page was an ideal artistic co-conspirator. His signature traits in the Seventies were all about the collision of the flat surface of the page with the infinite, ambiguous depths of his cosmos and his crackle. The dots of 4CP vibrate in the back of his universe in concert with the black blobs on the surface of his art. It is dots from top to bottom; 4CP provides the mortar that completes Kirby's vision. Likewise, grainy paper proves to be a more effective way to  depict negative space than truly white paper. In today's reprints, the white comes across as an absence at the back of Kirby's late-period art – dead, inert space - whereas the subtle and randomly varied texture of off-white pulp is a presence in his art  – whether it is representing explosive energy or the depths of the universe.
In other words, I think that Kirby and traditional four-color process made the case for each other in the Seventies, just a few years before both of them disappeared from comic books forever. So maybe this Kirby episode does belong on the 4CP blog. In any case, back to our regularly scheduled programming. 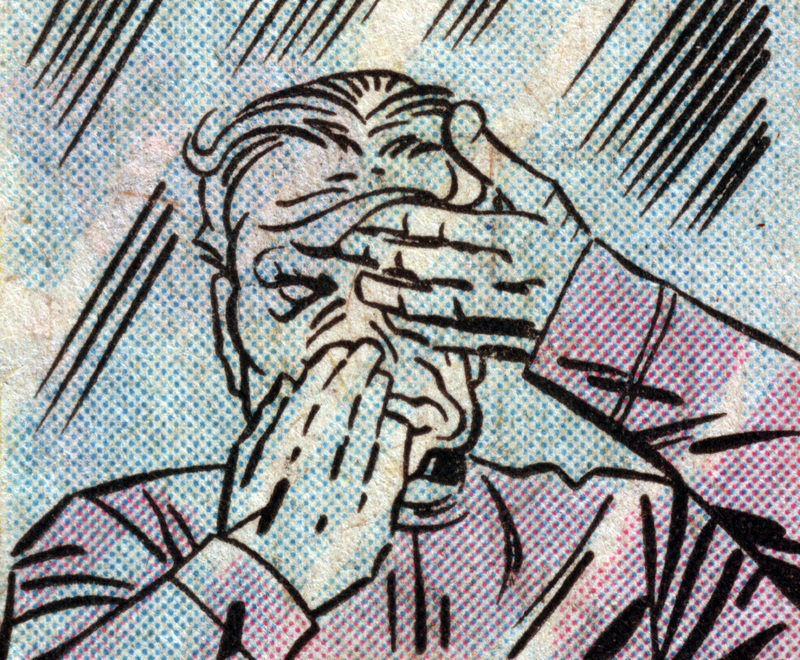